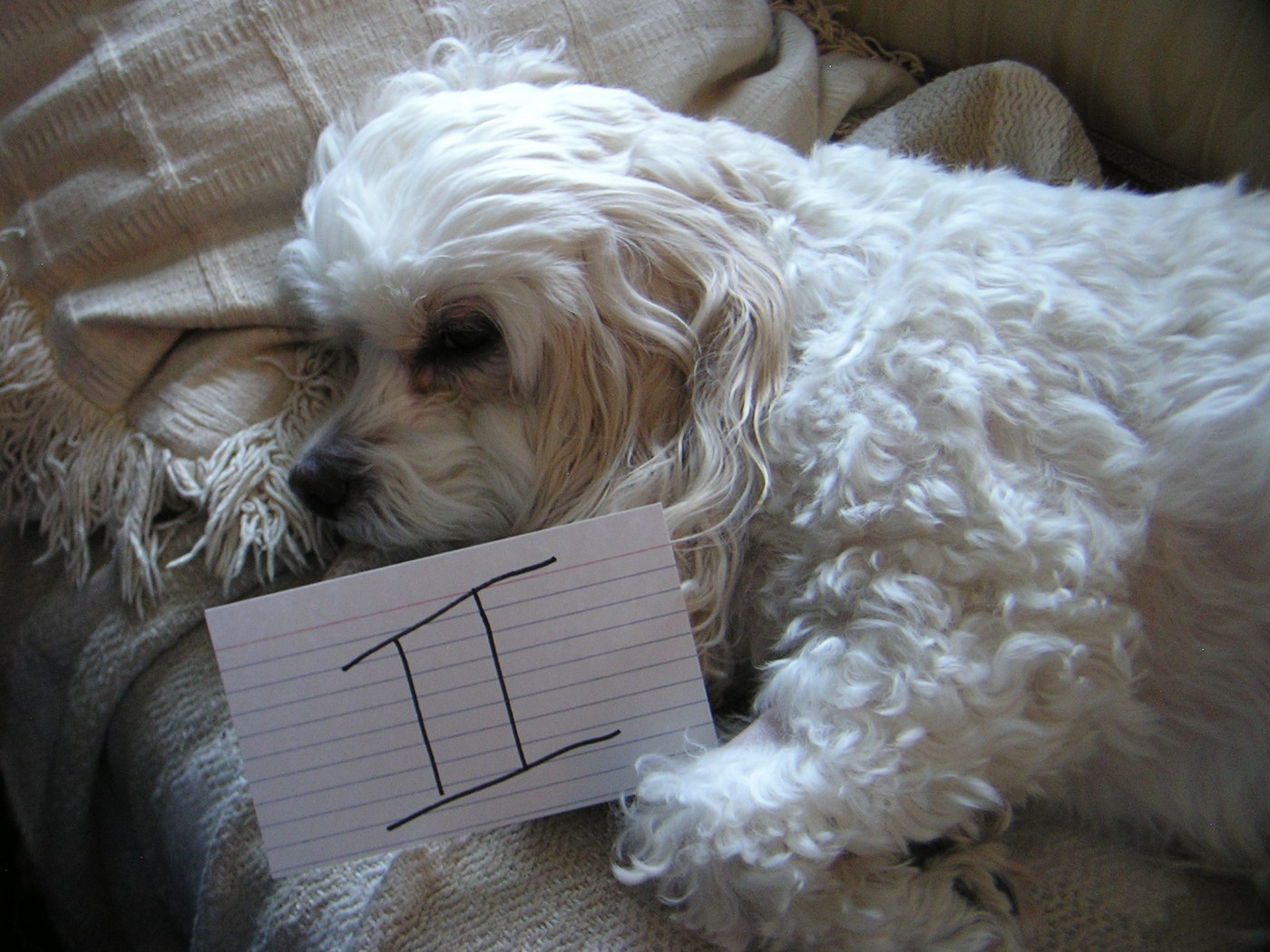 Second blog post. Who ever thought I’d get this far? Certainly not anyone who read the first post. I can’t be included in that list because I never finished reading my first post. It got a little wordy. But seriously, I didn’t think I’d make it to two posts either.

So this is kind of a thing now, huh? You…me…mostly me, because I don’t know who’s reading this, other than the fine advertisers you see around this post who are now revoking their sponsorship because they were hoping to reach more of a “target audience” of less-clinically-insane consumers. But really, you have to be pretty crazy to buy something from an internet ad, don’t you? I mean, except from the fine advertisers who advertise here whom you should offer much patronage (Crossing my fingers that they aren’t ads for porn!)  Unless there aren’t even ads on this page, in which case, I guess I’m not making money off this blog.

The point is that you forgot to tell me to feed my dog. Here it is 9:00pm and she hasn’t had dinner. You should feel terrible. I’d feel much worse except that she had breakfast at 2:00pm. Not because I forgot breakfast. That would be irresponsible. I just didn’t get up until 1:30pm. And I’m not lazy. I didn’t go to bed until 5:00am. This awkward schedule is very important for my writing. Why? I’m glad you let me project asking onto you!

You know how they say “Dress not for the job you have, but what you can do for your country”? Neither do I because I’m pretty sure they don’t say that. But dressing for the job you want is difficult as a writer because it involves a lot of pajamas. For example: Here’s a selection of my work suits for this week:

Pajamas are great, but they have their limitations. They make you feel a little lazy in the daylight. It’s hard to realize it’s after noon and you’re eating lunch in your pajamas without questioning what you may be doing with your life. Particularly when you’ve chosen to eat lunch at Red Lobster.

On the other hand, it’s hard to not feel productive when it’s after midnight and you’re in your pajamas having a snack, but also working while the rest of the world sleeps (except for the billions of people in other time zones). You can’t even get into Red Lobster because it’s closed and the staff is asleep, possibly inside the lobster tank (You don’t know what they do when they’re closed). Yet there you are, being busy. Even if all you’re doing is looking at memes on facebook, that is useful because you know you won’t have to read those memes tomorrow morning, which means you could get off facebook and get to work that much sooner in the morning. You won’t. You’ll still spend just as much time on facebook as you always do because it is an eye-drug and every day your eyes need a slightly bigger hit of facebook to not go through withdrawal. So you will re-read the memes and look up pages of friends you’ve hidden because they always post political things you disagree with so that you can get angry at them all over again.

My point is you shouldn’t have friends in other time zones so that you can say that everyone you know is asleep while you’re up doing things, thus being a much more productive person than all of them. Nothing kills a late-night-productivity-high like finding out some of your friends are being way more productive than you because it’s only 6:00pm where they are, which is weird because your clock says it’s 1:25am where you are.

I’m going to go feed my dog and brush the crumbs off my pajamas.

(Hey! That was like an actual end! Usually (you know, in my one other post) my blogs just sort of stop, but this one came to an actual, satisfying close. All this experience I have now is starting to show.)

(Shoot, now I don’t know how to end the aside I started. So much for clean endings. Nothing left to do but end with a preposition. On.)