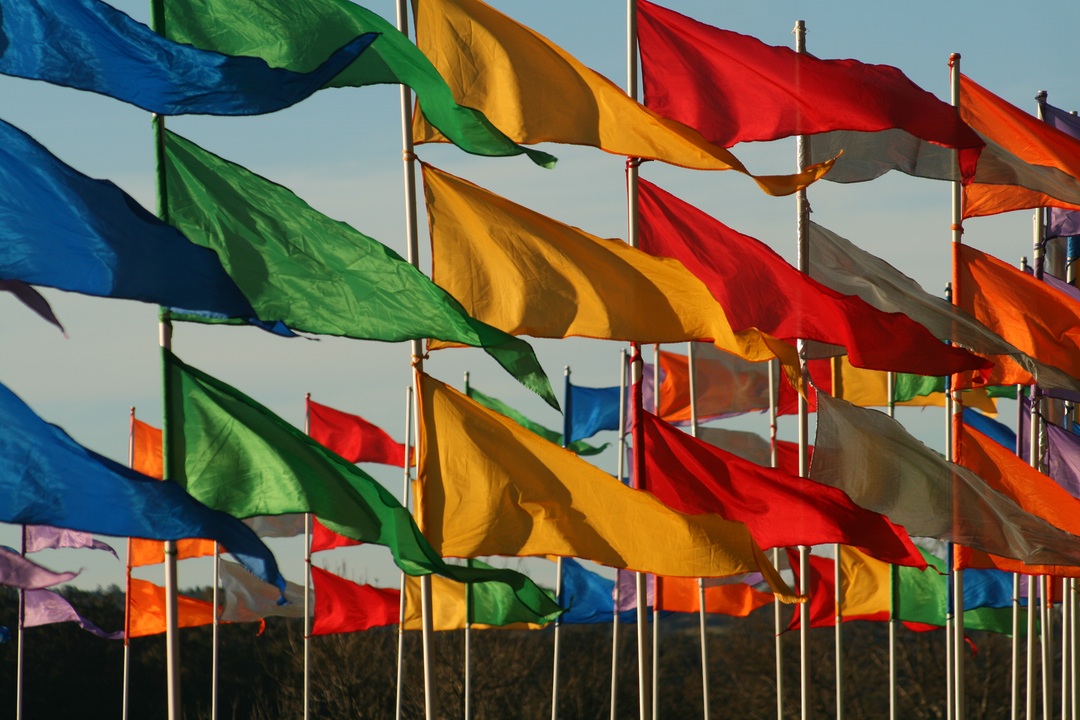 It seems my blog has quite an international following, with readers all over South America and Europe. For example, I have one faithful reader in Italy.

(I am assuming the frequent views I get in Italy are all one person.)

(I’m also assuming that person is the Pope.)

(You don’t know that it isn’t! The Pope needs to procrastinate sometimes, too!)

(So everybody watch your language.)

With such a diverse crowd, I thought I should expand my posts to things of more diverse, global interest.

So here we go.

Umm, I think I’m going to start over.

Flags. Do you know how hard it is in America to find a free stock photo of international flags? About as hard as it is to find a free stock photo of an aardvark, and that’s very hard. That’s why Americans have a tendency to use a picture of triangular flags of various colors and hope you don’t notice that they’re not international flags. In case you were wondering why that seems to happen so much in America.

Soccer, or as you call it, “Un-American Football”. I don’t know why it’s never really caught on in America. It has all the things we tend to enjoy in sports: running, a ball, biting, and riots. Maybe there’s not enough helmets. We really like sports that involve helmets. Not because we like safety, but because we like the sound they make when they clash together, possibly causing some sort of brain damage.

The Metric System. We in America use a different measurement system called the…umm…American System of Measurements and Stuff, Presented By Coca-Cola (because everything in America is sponsored by a company)(Yes, even me.)(I just can’t seem to remember who my sponsor is.)(That’s probably why they haven’t sent me a check in a while.)

We could switch over to the metric system like everybody else, and we have at times thought about doing that. We just have some concerns:

(1) We don’t want to give up “feet” (“liters” as I believe you call them). The great thing about feet is that it leads to a lot of bad humor-

Me:“Depends on how many people are standing in the yard!”

You: (Pretend to laugh while un-friending me on Facebook)

We don’t want to lose that! Does the metric system have its humorous side? Because we like humorous systems. Have you seen our presidential elections?

(2) Is it going to be hard? We don’t like things that are hard. Switching sounds like it’s going to be hard on a daily basis. We already have enough of a drinking problem in this country without not knowing how much wine is in a box because we’ve switched from gallons to metric tons.

And centimeters? Really? This is what I picture when I hear something like “He’s 181 cm tall”:

Centimeters are tiny! Have you looked on a ruler? There’s like a million of them!

One time I accidentally pressed a random button in my car that switched my speedometer from Miles Per Hour to whatever the heck KPH is. And then I couldn’t find the button to switch it back. I tried to keep driving, but I got pulled over and when the policeman said, “Do you know how fast you were going?”, I had to answer, “No, but the speedometer said 96 KPH.” He didn’t know how fast that was either. So he had to let me go without a ticket. Imagine if either or both of us had understood KPH? I might have been out several Euros, which would have only created more problems because how many thousands of centimeters are in a Euro?

Maybe instead of America having to do all the work, the other 99% of the world could just meet us halfway. Of course it would be very difficult to agree on what halfway is if we’re using two different measurement systems. You guys should all learn our system so we can figure out what halfway is.

Kabobs (or Kebabs). It’s a universal truth that all food tastes better on a stick: popsicles, meat, spaghetti, soup. We in America eat a lot of hot soup on sticks. I could tell you how it’s done, but you have to use inches. Sorry.

The International Space Station. That has “international” right in its name! And astronauts are more truthful than pancakes. At least that’s how the saying goes (We say that a lot in America). Astronauts eat a lot of jello up there and do a lot of zero-gravity back flips. I eat a lot of jello, too. Also, I fall down a lot, which I blame on gravity.

So you see, we’re not that different after all. Wherever you may live, we all put on our Pope hats one at a time.

Except perhaps when we’ve had a few too many metric tons of wine.

(P.P.S. I’ve added a Flag Counter sidebar so all you crazy readers can see where you’re from.  You know, in case you forget.)