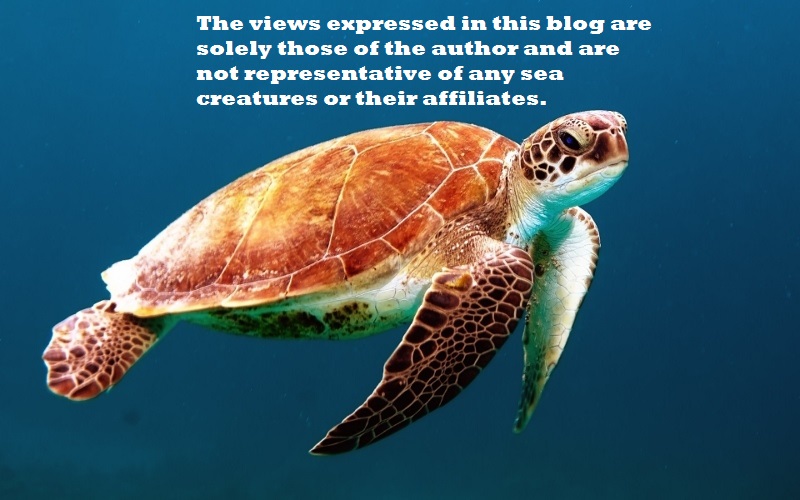 (I have your attention now with a title like that, don’t I?)

(Also, do not start with me about octopi/octopuses. My blog is not an Accuratecracy.  It is a Randomatorship!)

(Now that we’ve cleared that up, I’d like to move on to making even less sense.)

The answer is simple: I don’t know. I think you have to be crazy.

That is also the answer to where writers get their ideas from.

Sometimes it’s difficult and the ideas are not forthcoming. You’re looking so hard for ideas that you get hyper-focused on one thing (for example, a turkey sandwich) and every idea you come up with leads back to that one thing (“What if there was an orphan boy who finds out he’s a wizard and then an owl brings him… a coupon for a free turkey sandwich?”)

On the other hand, sometimes ideas fling themselves at your face like squid.

Speaking of squid, which are not the same as octopi for secret reasons no one but their mothers know, one day I got onto Facebook and there was a trending headline that actually, really (I swear this is not one of my “exaggerations”) said:

Now I did not read the article that went with this headline. Why would I? It could only be a letdown after a headline like that. I’m sure the article would have contained a perfectly logical explanation of what that headline actually means.

And who wants perfectly logical explanations when you can have this: 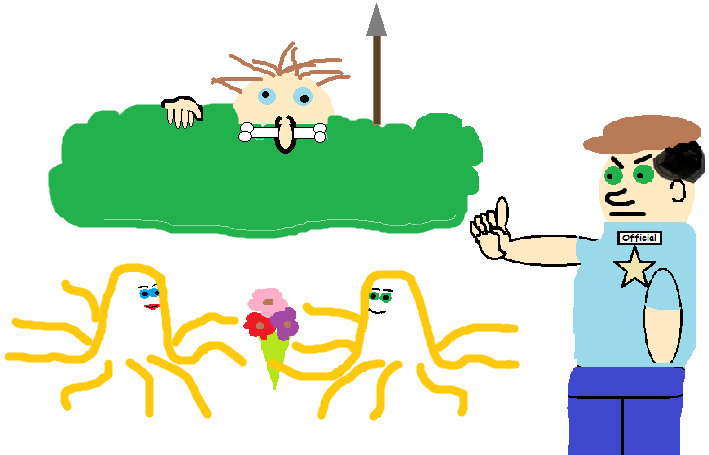 Say what you will about my art skills, but at least (1) the octopi have 8 tentacles each and (2) the official is so official that he not only has an official-looking hat and a badge declaring his officialtiveness, but he also has 5 fingers and a thumb.

And that is where ideas come from! Not from outrageous headlines about cannibals and octopi, but from the free time that allows me to spend time drawing cannibals and octopi. When you have that much un-dedicated time, ideas tend to find you. Not necessarily good ideas, but ideas.

It’s very important to write down these ideas as soon as you have them so you can look at them later and ask, “Am I actually crazy?”

Usually you ask this because the note you have left yourself will not make any sense by the time you come back to read it. In the moment of note-writery, you think you are leaving yourself enough information. It’s only much later that you realize that “Sporks – good tie-in with pandas” is not nearly enough information.

I had the opportunity to realize this exact thing when I recently found that note on a scrap of paper mixed in my drawer of random papers. 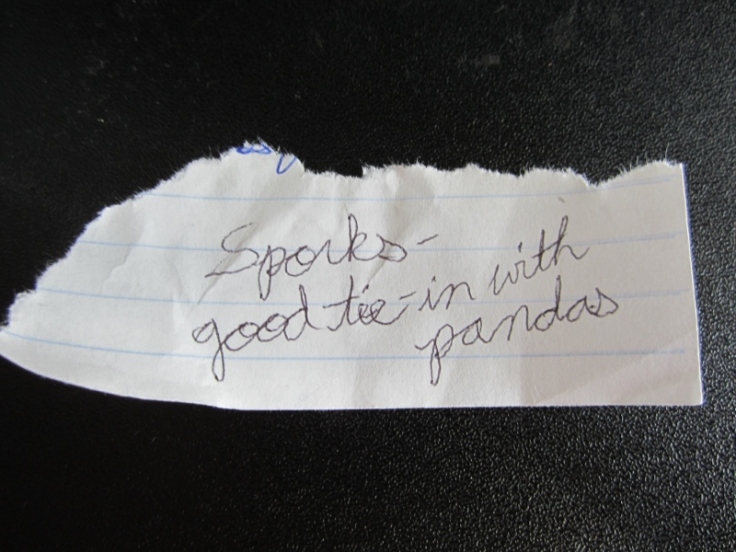 That’s my hand-writing. I thought it was important enough to write it down and save it. And that’s why, even though I no longer know what brilliant idea it once was, I have put it back in the drawer to save. I probably won’t ever remember what it meant, but this way my ancestors can find it and wonder if that kind of crazy is genetic.

My point is: ideas are all around you. You just have to know how to look. And how to write them down in a non-cryptic manner.

In conclusion, resolve Jared in BRF.

Sure hope I remembered to do that…whatever it was.

One thought on “Cannibals and Octopi”