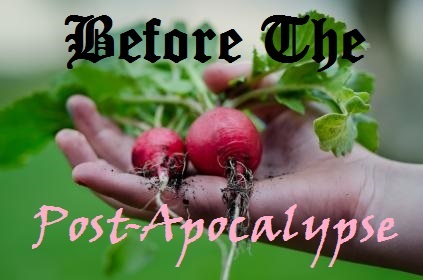 My sister may have caused the apocalypse. It’s too soon to say, but I wouldn’t be a blogger if I didn’t immediately jump to the least likely conclusion.

Here’s how were all going to die:

People are always saying vegetables are bad for you, but it’s about to get much worse.

This particular apocalypse-causing sister I’ll refer to as “Steve”. I do this for many reasons:

(1) She has asked not to be named on my blog.  She went so far as to specifically mention particularly not naming her if I was going to blame her for causing the apocalypse.  I’m starting to think Steve knows me a little bit too well at this point.

(2) I can’t think of her name right now anyway.

(3) I have an inexplicable fixation on the name Steve.  If I had a dog, I’d name her Steve.

Dog: Because apparently you thought “Dog” was a better name.

Me: Hmm.  Well, I guess I can see the inherent logic in it.

Dog: You’ve gotten a bit sidetracked from your point.

Steve is obsessed with gardening. She has a 10-year garden plan for rotating plants. I don’t know what I’m having for lunch today, but she knows how many beets she’s planting in the left corner quadrant of her garden in the year 2026.

She’s always reading gardening books and blogs. She composts more food than she eats. Over the winter, she buries frozen fish parts in her garden. (I’m pretty sure that last one has nothing to do with gardening. I can’t have gotten ALL the crazy genes in our family.)

Through her obsession, she has gotten very, very good at gardening.

The last time I went over to her house, the first thing she did was take me on the required tour of her backyard garden. (In Steve’s defense, if you buy the annual pass, the price for her garden tours is quite reasonable. Plus you get a free “Steve’s Garden” t-shirt if you can pass the written exam at the end that tests how well you were listening).

During the question-and-answer part of the tour, I asked about the red watermelons she appeared to be growing.

“Those aren’t watermelons,” Steve said. “Those are radishes.”

Sure she didn’t understand which plant I was referring to, I went over to the watermelons and pointed to them.

This is what she calls a radish: 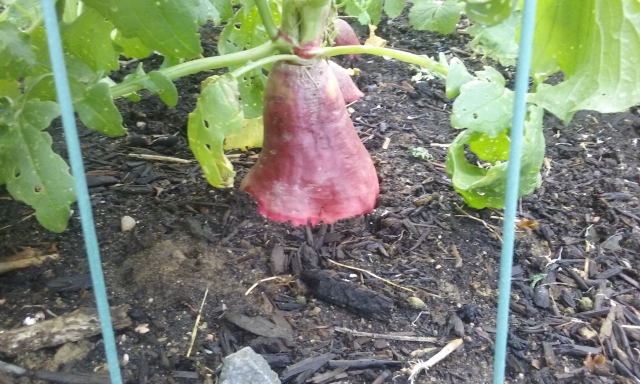 In case you can’t tell scale from that picture, let me add something for reference:

And here is the obligatory picture of King Kong climbing the radish: 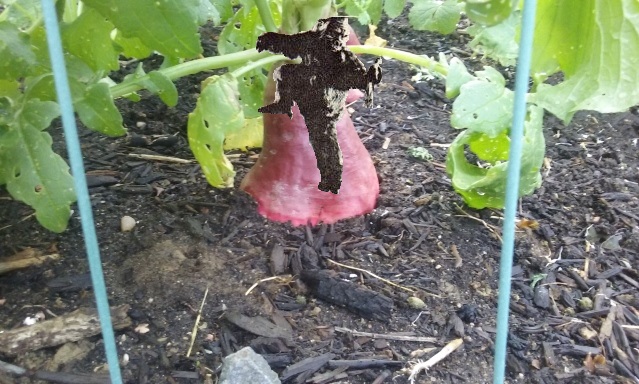 Hopefully these pictures have instilled in you the idea that this is a frighteningly large radish.

Apparently frozen fish heads are to radishes what nuclear waste is to people who become super heroes.

Now I understand why Steve keeps her radishes in metal cages. Steve had told me the cages are to keep wild animals out of her garden. I assumed she was afraid of bunny rabbits eating her vegetables. Now I think she is afraid her radishes will eat the bunny rabbits.

Here’s the problem: One mutant radish is scary, but she has an army of mutant radishes.  I don’t think the metal cages will hold up against the force of a raging horde of radishes in the midst of a coup.

Steve’s 10-year-garden-plan failed to take into account that she shouldn’t plant so many of one vegetable that, if they grew to ridiculous sizes, they could overpower humanity.  I can’ believe none of her gardening books mentioned that.

I don’t see how the radishes can possibly be defeated.

And, perhaps more importantly, I hope they like you.

5 thoughts on “Before the Post-Apocalypse”